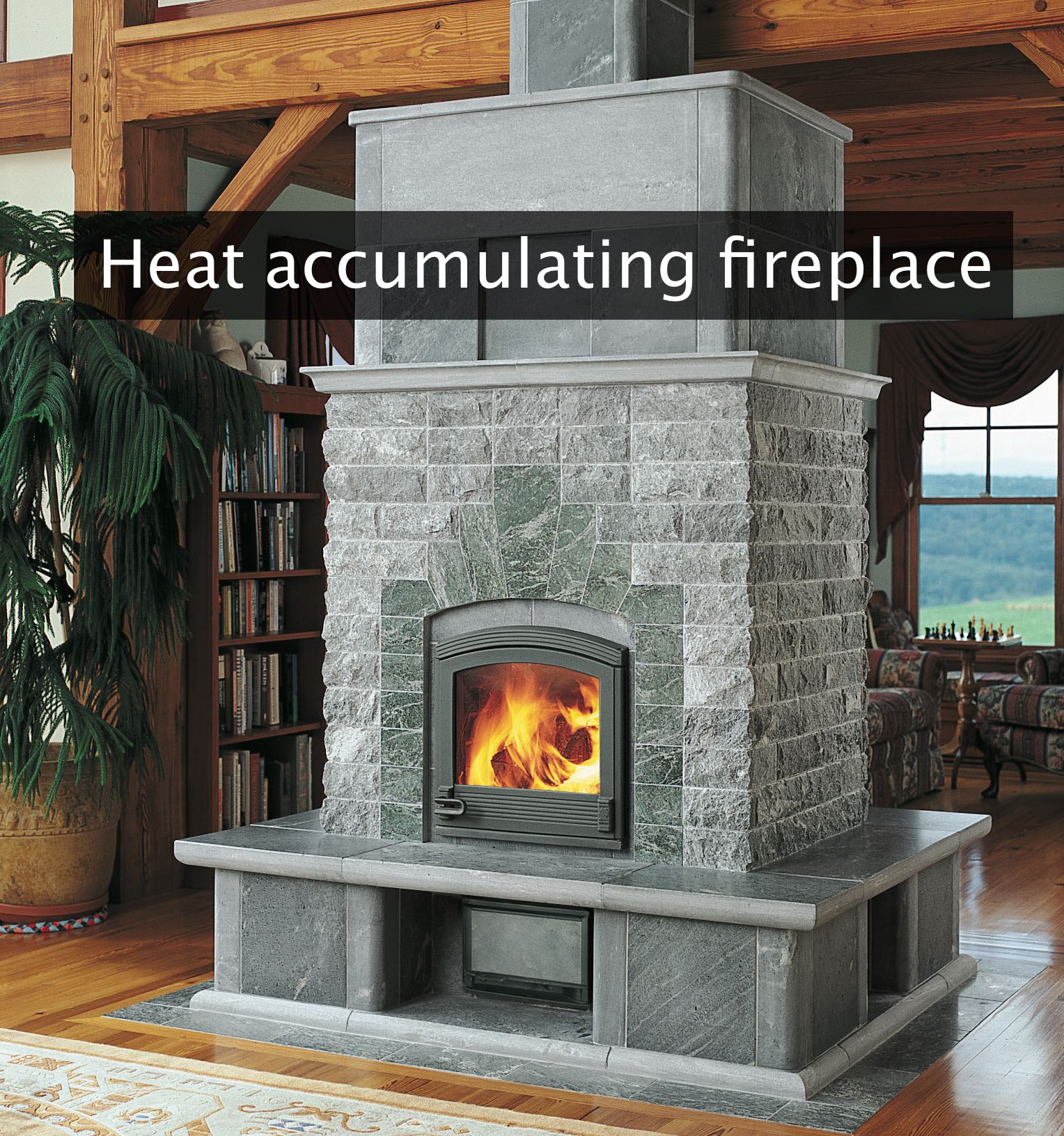 What is a heat accumulating fireplace or finoven?

In Finnish the generic name is “Varaava Takka”, which means a heat storing fireplace. 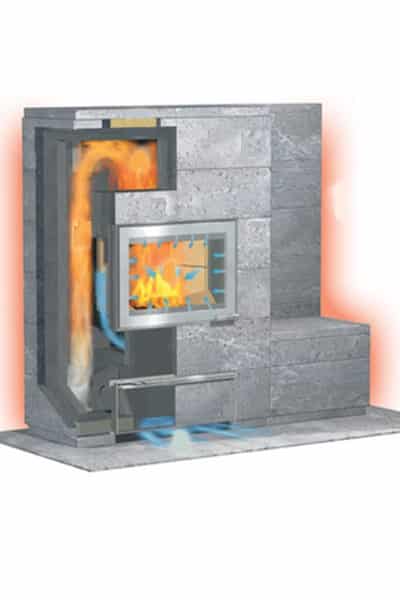 Duct system in stove filled with combustion gasses, heating up the stove before exiting by chimney. 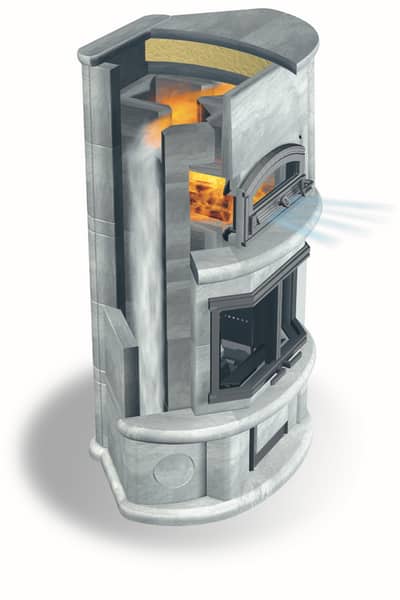 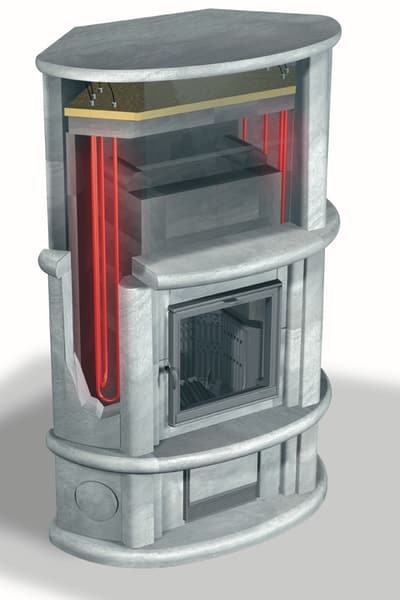 How does heat accumulation work?

Heat accumulation starts when wood is vigorously burned in a compact stone or refractory firebox where the flue gasses are baffled to pass over a large stone mass before exiting the chimney (counterflow principle). After the fire the flue damper is closed and most of the thermal energy is retained in the soapstone mass, which continuous to radiate the heat evenly and steadily over a period of time long after the fire has gone out. This reduces wood consumption as well as emissions. This in contrast with the typical open fireplace in the Irish and English tradition, where because the fire opening is large, the flue must also be large and the heat – often more than that produced by the fire – is lost up the chimney.

The Northern European fireplace tradition offers a much more conservative approach, both to the amount of fuel consumed and the heat retained. And in the damp climate we have in Ireland, no home should be without one. These fireplaces do not plug in, these fireplaces will work just as efficiently when the power is out.

Ireland’s warmest solution to dampness and cold
EMAIL US TODAY!